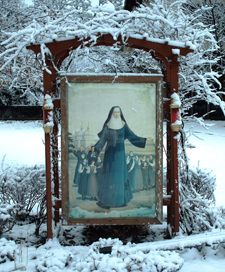 SSMI is a congregation of Byzantine Catholic sisters that serve in ethnic Ukrainian and Ruthenian communities worldwide.

In 1892, two visionary priests convinced a 22 year old woman to join them in founding a new religious community; one that would minister specifically to the needs of ordinary folk living in the Halychyna region of Ukraine (then-Galicia, Austria-Hungary).

Blessed Josaphata, that founding member, found appealing the concept of a community that would have outreach to serve where the need was the greatest.

The early years were difficult. The new congregation and those whom they served were exceedingly poor; yet the congregation grew and spread rapidly in Ukraine and to missions abroad. 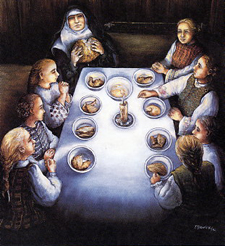 Early struggles, however, did not compare to the trials the brave SSMI sisters in Ukraine suffered in subsequent years. There were the deprivations of World War I, World War II with brutal Nazi and Soviet persecutions, and the post-WWII era with its dangerous “underground” missions in the Soviet Union.

Notwithstanding hardships, difficulties, and even martyrdom, SSMI has grown to more than 800 sisters and now has ministries and operations in thirteen countries, with a generalate, or motherhouse, in Rome, Italy since 1947. SSMI is a pontifical congregation and is therefore under the Holy Father. However, SSMI works in close cooperation with the ordinaries of the eparchies in which SSMI serves.

Steeped in tradition, yet progressive, SSMI has carried out its humble, yet distinguished, role to make this a better world through a broad-scoped view of its ministries. Never bound by a singly-defined ministry, SSMI has always taken a flexible view, remaining faithful to its charism and the founders’ words, “Serve where the need is the greatest.”

Emblem of the Congregation 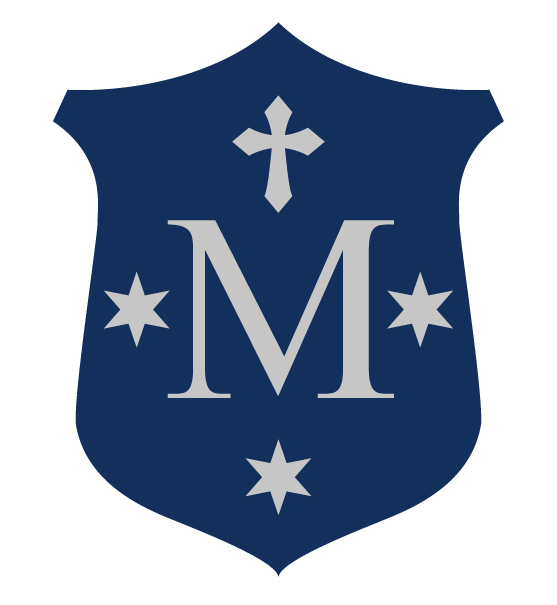 The Congregation of the Sisters Servants of Mary Immaculate has its own emblem. This emblem was adopted by the first General Chapter held to Lviv, Ukraine in 1907. Central to the emblem is the letter M surmounted by the cross and enclosed by three stars.

The cross points to Christ – the source, aim, and end of the life of the sisters. The cross reminds the sisters that they are following in the footsteps of their Savior, bearing their own cross, and seeing in it their joy and their glory.

The letter M points to the Theotokos – mother and patroness of the Congregation. The sisters, contemplating the mystical beauty of the Virgin, model themselves on her example of consecration, of her total giving of self to God.

The three stars signify the three religious vows – obedience, chastity, and poverty; the three virtues most connected with the life of the Sisters Servants –meekness, humility, and sisterly love. They also represent the basic apostolic concerns of the Congregation – educational, social, and pastoral. 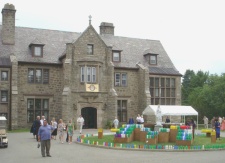 Established in 1959, the 21 sisters currently serve in six ministries defined as:

Most SSMI-US activities are in the northeastern US with a ministerial presence in:

All missions practice the ministry of comforting the sick.

For a wonderful experience, SSMI invites the faithful to take part in their ministries!

Support the ministries of SSMI-US (pdf)

The painting, “The First Supper” is by Jeanette Shewchuk.